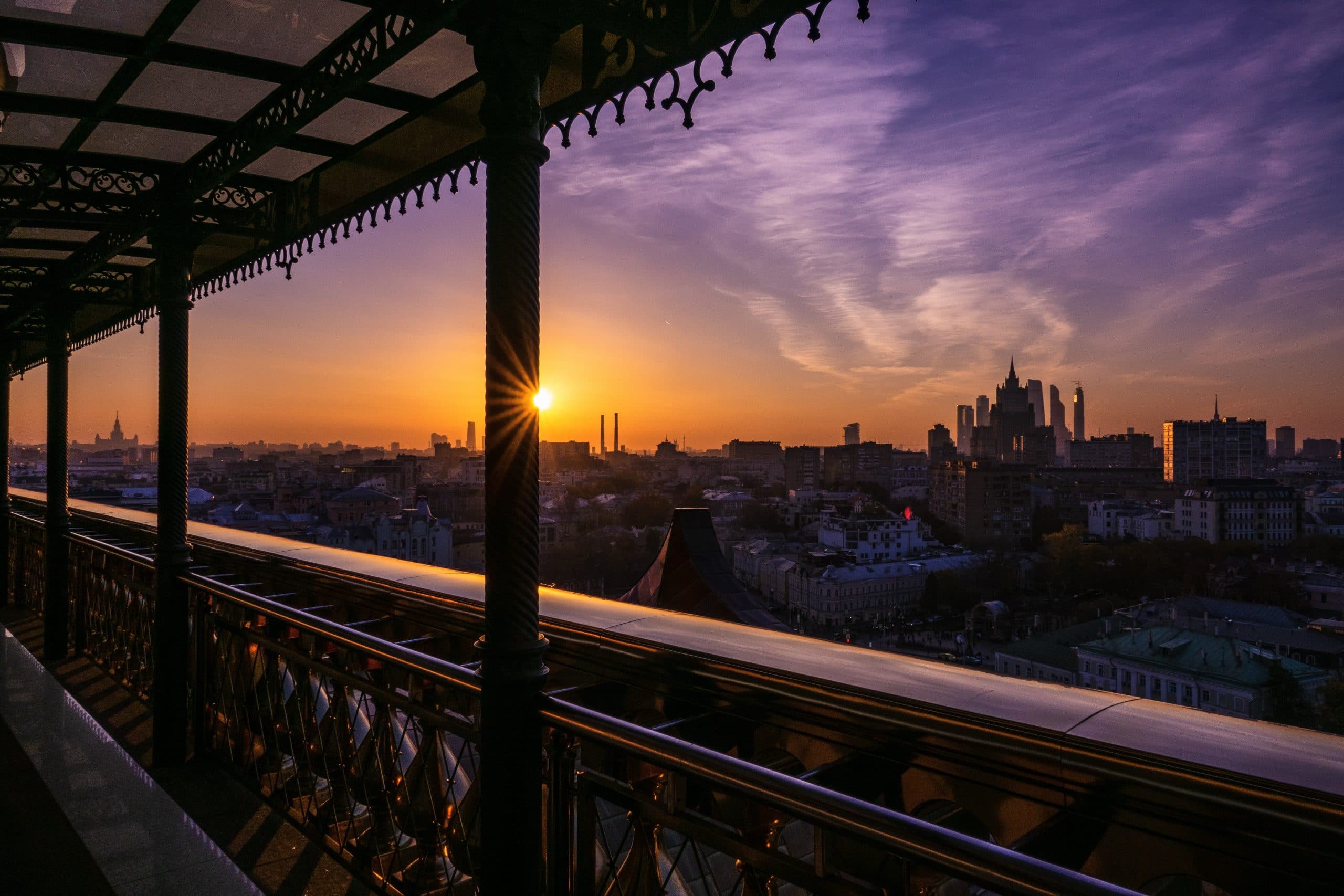 In the Name of God most Merciful Most Compassionate

Peace Be Upon Prophet Mohammad, His Family, Companions and Brothers. Ameen

“God will never punish them while they are seeking forgiveness” (al-Anfāl, 8:33)

As we observe imposed isolation or social distancing to prevent the spread of the virus that has disrupted life as we know it, maintaining and elevating our faith becomes both a necessity and a great opportunity. The awakened believer is the one who never excludes the hand of God in everything that happens in the world–good or bad. We ask Allah Almighty to show us kindness and mercy in everything that He decrees for us.

“And We have already sent [messengers] to nations before you, [O Muhammad]; then We seized them with poverty and hardship that perhaps they might humble themselves [to Us]. (42) Then why, when Our punishment came to them, did they not humble themselves? But their hearts became hardened, and Satan made attractive to them that which they were doing. (43) So when they forgot that by which they had been reminded, We opened to them the doors of every [good] thing until, when they rejoiced in that which they were given, We seized them suddenly, and they were [then] in despair. (44)” (al-An’ām, 6:42-44)

Now is the time of seeking forgiveness and repenting to Allah. Now is the time we seek the counsel of our rich tradition in how to deal with collective and universal calamities and hardship. The awakened believer looks at what Allah brings about in His universe with a Divine Light and resists the calls of ignorance and heedlessness in any form they appear.

From the pure well of Prophetic guidance we draw thirteen beautiful, practical, and spiritual counsels:

The pandemic that is frightening everyone is the creation of Allah released by His Power for reasons He only knows. Losing sight of this basic fact is a sign of the blindness of our inner eyes. And your Lord creates what He wills and chooses; not for them was the choice. Exalted is Allah and high above what they associate with Him. (Al-Qaṣaṣ, 28:68)

1. When the Masjids are closed and Jumu’ah is suspended and the Honored Ka’bah and the Prophetic Mosque are emptied and there is rampant panic, the guided believer rushes to Istighfār. Let’s repeat and teach our children and households one of these Prophetic expressions of seeking forgiveness:

The Best time for Istighfār is before Fajr.

Let’s be among those who seek the forgiveness before dawn that God praised in the Qur’ān:

“Those who say, “Our Lord, indeed we have believed, so forgive us our sins and protect us from the punishment of the Fire,” the patient, the true, the obedient, those who spend [in the way of Allah], and those who seek forgiveness before dawn.” (Āl-‘Imrān, 3:17)

2. Pray two Rak’āt of repentance often throughout the day.

3. Make our living spaces spiritual abodes by designating a place in the house as a Muṣallā. This is a forgotten Sunnah that the companions of the Prophet, God bless him and grant him peace, established. Let’s revive this Sunnah in our homes.

4. Perform prayers at the beginning of the time in congregation with an Adhān and Iqāma (assign our children to do so). If we can’t pray together while we are all quarantined in our houses then we surely have a bigger problem than coronavirus.

5. Stay after the prayers in your place and make Du’ā’ and Istighfār.

6. Don’t miss any Sunnah prayers before or after the obligatory prayers.

7. Read the Qur’ān every day even if just for 15 minutes.

8. Constant Dhikr and remembrance of Allah Ta’ālā with all kind of expressions while giving precedence to the expression of Tawḥīd لا إله إلا الله   since it is the best expression of Dhikr as the Prophet

9. Be a good subordinate and adhere to your community’s collective decisions and experts regarding gatherings, Jamā’ah prayers, Jumu’ah, social distancing, and cleanliness. Our recalcitrance and selfishness sometimes appears in a religious form. At times of hardship going against the consensus is spiritually damaging even when we realize that we might be partially right. Not all debates have to be won.

“Whoever obeys the leader has indeed obeyed me.” (Muslim, al-Bukhārī)

10. The best among us are those who are the best to their spouses. Spending more time with each other should add to our compassion and respect for each other. Let us understand that   everyone going through this situation is experiencing a level of anxiety that might affect their normal behavior. Many of us are not used to staying at home for such a long period. Let this be an opportunity to connect with each other and strengthen the bonds of the family. Let’s Fear The Thieves !! (See point 12.)

11. Attend at least one of the online events that your community is offering even if you know everything that is known about the religion. Showing the sentiments of solidarity by attending these events encourages those who spend time preparing and sacrificing their time to continue their Da’wah work that is necessary for the community.

12. Fear the thieves for yourselves and your loved ones: None of the suggestions above will bear any fruit in advancing our cause with Allah and in bringing us towards a genuine reconciliation with ourselves if we spend all day with WhatsApp, Facebook, YouTube, Instagram, Netflix and such. In the digital wasteland and on our phones or glued to the TV all day, sharing and re-sharing nonsense makes us lost, nonsensical and trivial people. The last thing we want to find ourselves doing is spreading forgetfulness and heedlessness under the guise of spreading useful information.

Let’s not readily and voluntarily enlist as the agents of Shaytan at the time we have to be servants of God. Think before you send anything shared with you because you will be asked about it. One post a day is too much for those who are busy with all the obligations we all have. By now, everything that needs to be known about the epidemic has probably reached all corners of the globe. Let’s be wary of succumbing to the appeals of our lower selves or nafs and finding ourselves losing this great opportunity with Allah. The same advice goes for our children as it is a great opportunity for them to be creative in how they constructively spend their leisure time.

13. Give in charity, no matter how small, to your local and national Muslim organizations who might be going through difficulty meeting the needs of those who have lost their wages due to the freezing of the economy. This is both a pandemic and an economic crisis and sadaqa is our spiritual remedy to financial matters.

Propaganda Kills: Holding China Accountable For Its Role In The Coronavirus Pandemic

The Prophet’s Golden Rule: Ethics of Reciprocity in Islam

Shaykh Hassan Lachheb is the president and founder of the Tayseer Seminary. He earned his Ph.D. in Religious Studies at the University of Indiana, Bloomington. His academic research focused on the intellectual history and religiosity of the Muslims of Maghrib and Andalus. Shaykh Hassan completed his M.A. in Islamic Theology, Islamic Legal Theory, and Maliki Jurisprudence at Dar al-Hadith al-Hassaniyyah for Higher Islamic Studies in Rabat, Morocco with honors in 2000. In addition, he completed his B.A. with distinction in Arabic Language and Literature at Mohamed V University in Rabat. Shaykh Hassan has extensively studied several disciplines including Principles of Jurisprudence (Usul al-Fiqh), Arabic Grammar, Philology, and Literature. He has also received many ijazaat (licenses to teach) from prominent scholars in Hadith, Comparative Jurisprudence (fiqh), and the Sciences of Quran. He has studied under several of the foremost Islamic scholars in Morocco. Shaykh Hassan is the resident scholar of the Muslim Community of Knoxville and the spearheading faculty member of the Tayseer Seminary. He currently resides in Knoxville with his wife and three children.