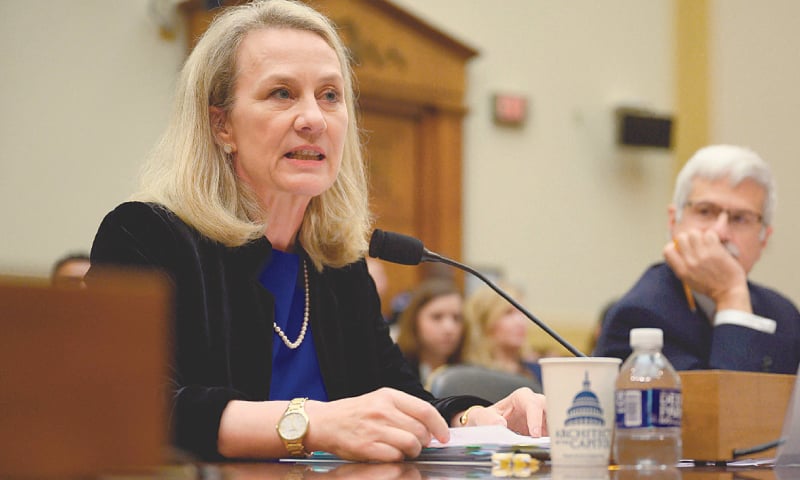 Expectations on Capitol Hill were pretty low going into the House Subcommittee on Asia, the Pacific and Nonproliferation’s historic hearing on “Human Rights in South Asia”. Previously, hearings on India have not been critical and the Kashmiri Muslim point of view has not been discussed.

Chairman of the sub-committee Brad Sherman (D-CA) wasted no time setting the stage for where he wanted to go with this hearing, stating, ”the entire world is focused today on what is happening in Kashmir.” He also pointed to the state of the 2 million-minority population in Assam. Missing from his opening statements were remarks on the state of the rest of the minorities in India, esp. Christians, Sikhs, Dalits, and Muslims. Ranking member Ted Yoho (R-FL) was soft on the gross realities of the occupation, highlighting one case of a Kashmiri constituent, and referred to the abrogation of Article 370 as an internal matter of India. He also brought up the Indian talking point of economic progress in the region but this concept was thoroughly dismissed by later testimony and Q&A.

The State department veteran Alice Wells, Acting Secretary on South and Central Asian Affairs seemed woefully ill-prepared for the critical nature of the hearing. Both Wells and Assistant Secretary for Human Rights Destro could not or did not present solid facts and figures about detention and tried to explain away the oppression as “inconveniences”. They were unable to comment or provide clarity on the situation on the ground in Kashmir, with Destro saying, “we are in the same information blackout as you are.” Some of Sec. Wells’s comments were of direct Indian government persuasion.

Several of Justice For All’s talking points were raised during the hearing.

There was commentary on the National Register of Citizens (NRC) in Assam. Congresswoman Ilhan Omar asked about the anti-Muslim program. She questioned the panel on the public statements by Indian officials that only Muslims have to prove their birth records. Rejecting the notion that a democratic ally cannot be policed, she said that the United States does that in many situations and “this should not be an exception.”The human rights abuse doesn’t cease to exist even if it is the law. Is it consistent with international human rights?” asked Chairman Sherman, along the same lines.

Destro observed that the appeals process “may disadvantage poor and illiterate populations who lack documentation”. “We are closely following this situation and urge the Government of India to take these issues into consideration,” he added.

”The human rights abuse doesn’t cease to exist even if it is the law. Is it consistent with international human rights?” asked Chairman ShermanClick To Tweet

Wells testified that “violence and discrimination against minorities in India, including cow vigilante attacks against members of the Dalit and Muslim communities, and the existence of anti-conversion laws in nine states” are not in keeping with India’s legal protections for minorities.

Congresswoman Alice Spanberger, (D-VA) a former CIA intelligence officer, asked whether India has shared examples of terror attacks and incidents that have been thwarted due to the communications blockade. When Wells stated that she could not comment, Spanberger asked for a classified hearing so that US officials could give their assessment on the validity of the national security argument of the Indian government. Chair Sherman associated himself with her questioning and vowed to take her suggestion seriously.

Chairman Brad Sherman, as well as several other Congresspeople both on and off the House Foreign Relations Committee, asked several pertinent and critical questions.

Indian American Congresswoman Pramila Jayapal (D-WA) referred to a report about the detention of dozens of children in Kashmir and said detention without charges is unacceptable. She expressed her concerns about religious freedom in India and said that she proposes to bring a bipartisan resolution in Congress.

Sheila Jackson Lee of Texas and David Cicilline of Rhode Island both had a heavy human rights approach to the questioning. Congresswoman Lee asked Assistant Secretary Destro if he would describe the situation as a “humanitarian crisis,” Mr Destro said, “Yes, it is.” She then went on to call the United States government to stop a potential genocide.

Washington has not changed its stance on the designation of the Line of Control. Chairman Sherman brought up the issue of disputed territory to the State Department.“We consider the Line of Control (LoC) a de facto line separating two parts of Kashmir,” answered Wells. “We recognize de facto administrations on both sides of LoC.”

The subcommittee focused on personal testimonies as well as human rights organization Amnesty’s testimony during the second half of the hearing.

Though no Kashmiri Muslims testified, the panel presented electrifying testimonies from Dr. Nitasha Kaul, a Kashmiri and Dr. Angana Chatterji, an anthropologist at the University of California, Berkeley. Bearing witness to the rising fascism and Hindu nationalism’s grip on India, both witnesses brought up beef lynchings, with Chatterji raising the concern of the genocidal inclinations of the Modi government.

“Hindu majoritarianism – the cultural nationalism and political assertion of the Hindu majority – sanctifies India as intrinsically Hindu and marks the non-Hindu as its adversary. Race and nation are made synonymous, and Hindus –the formerly colonized, now governing, elite – are depicted as the national race,” said Dr. Chatterji.

Kashmiri witness Dr. Nitisha Kaul stated in her testimony that “human rights defenders, who were already under severe pressure, since August 5 are unable to function in Kashmir. For instance, every year on 30 August, the UN Day of the Victims of Enforced Disappearance, Association of Parents of Disappeared Persons led by Ms Parveena Ahangar, organises a vigil protest involving hundreds of elderly women and men whose sons had become victims of for instance, in the most recent parliamentary elections, the voters’ turnout was very low and in many booths, not a single vote was cast.”

Kaul emphasized the extension of the oppression, by highlighting that this year the peaceful gathering of elderly parents mourning and waiting for their disappeared sons was not allowed. She shared Ahanga’s quote: “This year we have been strangled, and there was no coming there was no coming together because, through its siege, India has denied us even the right to mourn.”

Ilhan Omar challenged Indian journalist Aarti Tikoo Singh’s take that the siege was in place to save Muslim women from “terrorists.” This is a trope that is often used to wage war and is especially used in the so-called “war on terror.” “It is a very colonial move on the part of the nation-states around it as if they are “liberating Kashmiri women,” said Dr. Kaul.

Chatterji bore witness to the woes of Kashmiri women who bear the brunt of the Indian occupational forces’ sexual brutality. “The woman’s body becomes the battlefield,” she said replying to a question by Congresswoman Houlahan from Pennsylvania. Dr. Kaul stated that the 1944 new Kashmir manifesto contained an entire section on gender rights. She spoke on the equity and equality in Kashmir: “They go to protests. Women become heads of households because of dead husbands.”

She also reminded the committee that BJP’s Amit Shah, also part of the government in 2002 and responsible for the program on Muslim community stated that Western human rights cannot be blindly applied here in India.

Representative Wild from Pennsylvania asked why the Indian government would not allow transparency. When human rights organizations and journalists can work in active war zones, she rejected the anti-terrorism narrative pushed by Ravi Batra, a last-minute BJP addition to the panel. “When there isn’t transparency something is being hidden and this is what really concerns me terribly,” said Wild.

A Sindhi-American witness spoke on minority rights in Pakistan, especially the forced conversion of Hindus. This is a concern that needs to be tackled by Muslims as there is no compulsion in Islam and is antithetical to the religion.

During the hearing, Amnesty International reported thousands in detention under the Public Safety Act while the State Department numbered it at hundreds. Dr. Asif Mahmoud, a key organizer, presented the health situation in Kashmir.

The overall situation of the Rohingya was covered and links were made to the start of the genocide in Burma and the parallels in India. The members of the House referred to it as genocide with the State Department still calling it ethnic cleansing.

Although the hearing focused on the current state of Jammu and Kashmir and not much was brought up about self-determination or the plebiscite, Kashmiri-Americans and their supporters left the hearing room satisfied that their voices were heard for the first time in the halls of the US Congress.

What was most concerning point of the entire hearing was that Kashmir was not brought up categorically as disputed territory and the issue was referred to as an integral matter of India. This needs deep, consistent and long-term work by advocates of Kashmir. With the continuous rise of RSS, Indian minority issues need a much sharper focus, and a regular pounding of the pavements of Congress to educate the Foreign Relations committees.