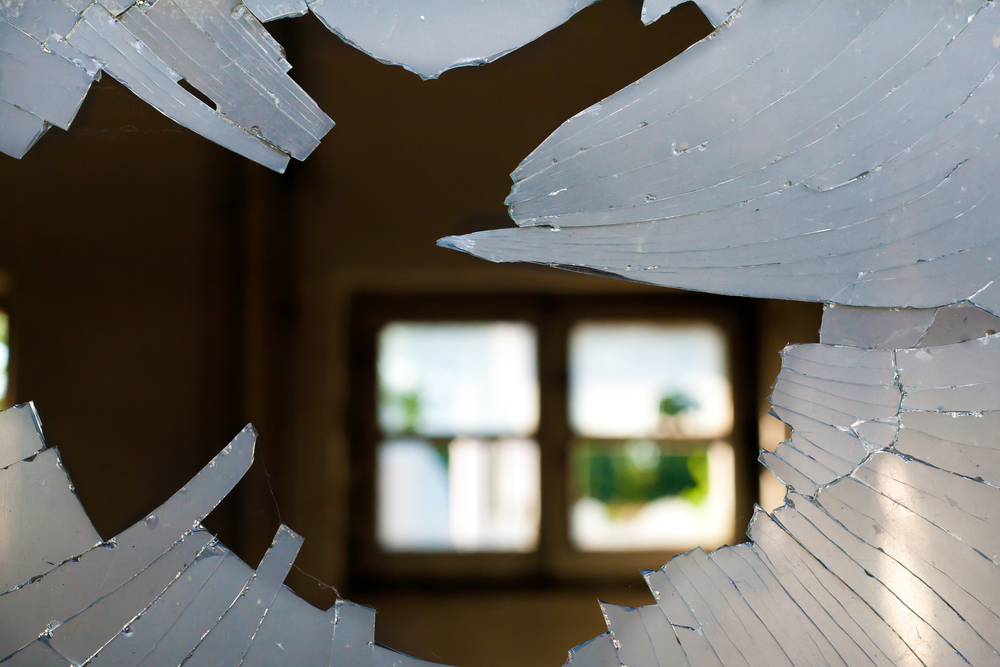 After all, an Amanah is serious business. Often translated as ‘sacred trust,’ oath, or even covenant, failing an Amanah is a terrifying enough prospect to deter you from even taking one. Breaking trust is one of four official signs of hypocrisy in a Muslim, and hypocrites are relegated to the lowest levels of hell. [Al-Nisaa 4:415]

So if I lobbed a brick through your window in the name of Allah, and put a little note on there labeling it an Amanah, would throwing it back out mean that you betrayed my trust and that you were destined for the lowest levels of Jahannam?

Obviously no. And yet, how often have you seen this message?

A message from our sister; *name varies* from *location*

As Salaamu Alaykum Wa Rahmatu Lahie Wa Barakaatoe. I make an oath with you people in front of Allah and I leave this as amanah with you until the day of judgment. If you opened this message and read it that you have to send it to all your contacts. I want you to make dua for me that Allah(SWT) gives me shifa (quick healing).

I have stage 4 form of breast cancer and it’s spread to my bone and body now. I ask you in the name of Allah(SWT) don’t close this message before you have sent it to all your contacts because one day you will need dua and breaking an oath (amanah) makes the mountains shake….Forward as Received..

This emotional brick – and a few hundred variations of it – gets tossed through a window on your computer or phone, and because it invokes the name of Allah himself, we mumble a nervous Ameen, and maybe even forward it just to be on the safe side even if we’re not entirely sure if this is how sacred trusts work.

The good news is that email forwards are not sacred trusts, even when they claim to be. Promises cannot be made on your behalf and automatically accepted by your inbox. So if an email forward is not an amanah, then what is? 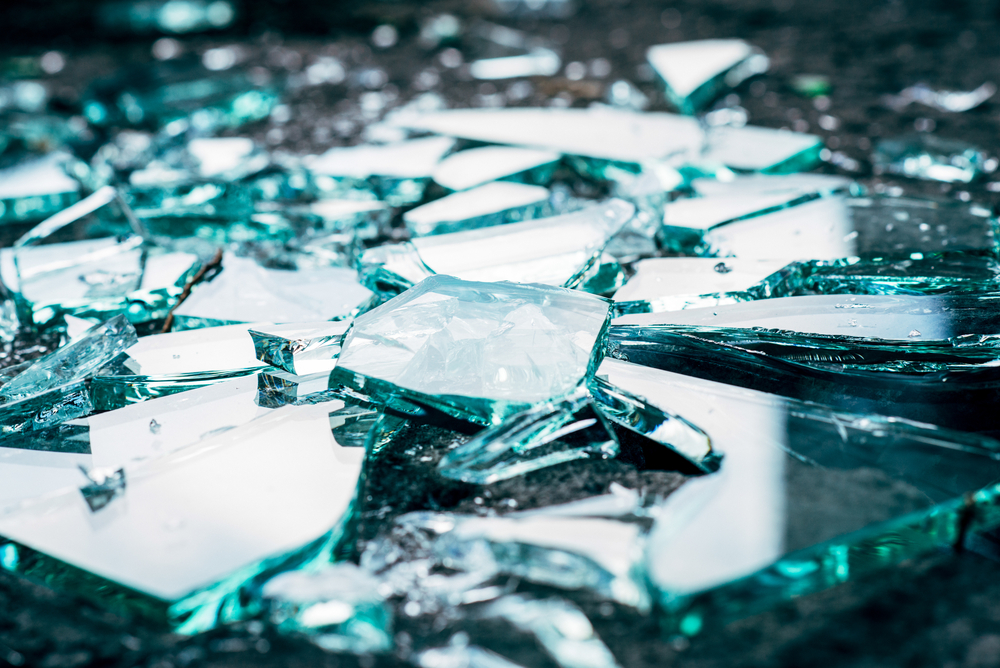 The Trust of One Person in the Care of Another

An Amanah can be made with regards to one person’s life, property or honor in the care of another. Think of a business arrangement, an employer-employee contract, or a lease agreement. Even if it doesn’t seem like a religious oath per-se, an employer withholding wages is breach of trust enough to be get the employer counted among enemies of the Prophet himself.

“I am the opponent of three on the Day of Resurrection, and if I am someone’s opponent I will defeat him: A man who makes promises in my name, then proves treacherous; a man who sells a free man and consumes his price; and a man who hires a worker, makes use to him, then does not give him his wages. ” [Sunan of Ibn Majah, Sahih Vol. 3, Book 16, Hadith 2442)

The same applies to lost items, even though there’s no contract or express agreement. In general, people don’t and shouldn’t have to, obtain signed contracts from every passer-by before unintentionally dropping their phones, passports, or bag of diamond rings. 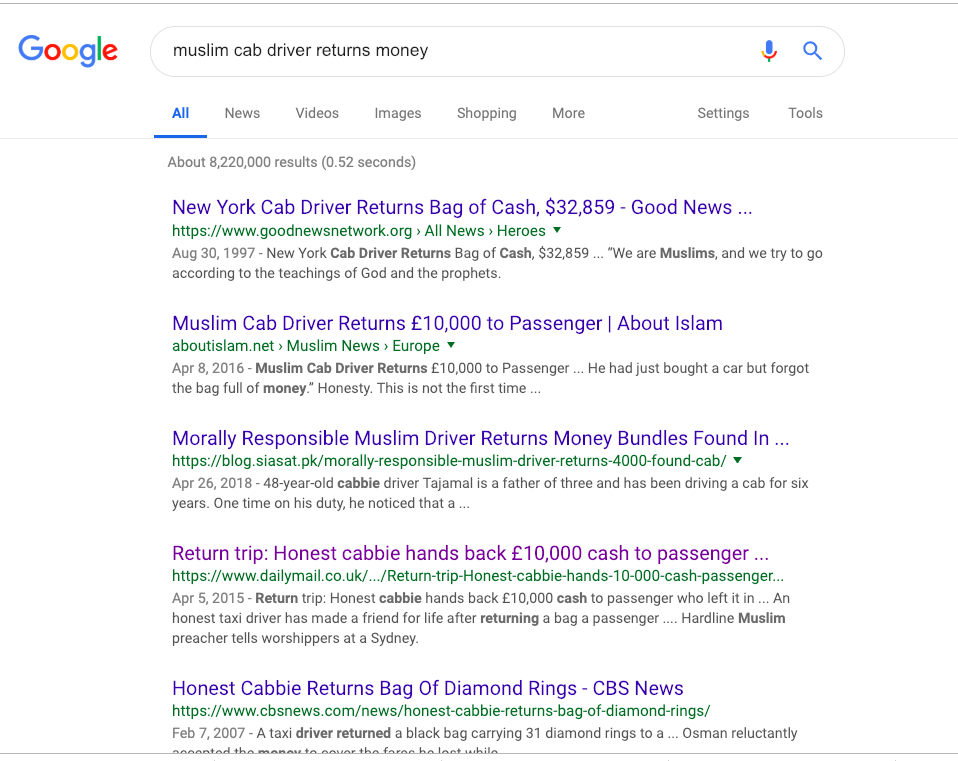 By seeing or picking that item up, you take upon yourself the property of another person as well as the responsibility to take steps –within reason – to seek its owner or deliver it to those in a position of authority or safety. Yes, we know that you didn’t ask for that person to leave their stuff with you, but a Muslim in possession of the wealth of another is obliged to do their best to return it. Why else do you think “Muslim Cab driver returns money” has so many search results?

Another category of sacred trusts is the keeping of confidential information. To share information obtained in privacy is considered a gross violation of trust, and it’s not limited to words spoken. Maintaining Amanah also protects juicy details and spilling the tea all over the cat that just got let out of the bag.

Granted, a marriage contract is not likely to have included a non-disclosure agreement (NDA), but it never needs to. In fact, no one in your life should require an announcement or a signed NDA to be sure of your trustworthiness.

So then how do you know when information is an amanah? Body language. The Prophet

said, “If a man says something, and then turns (to see if anyone could hear), then it becomes a trust.”

There are exceptions to this, of course. You cannot keep secrets – even if asked to, if they carry fitna – or harm – in three things:

• Life – There is no amanah in a secret where hurting people is concerned. An attacker cannot swear their victim to secrecy, an eye-witness cannot hold back testimony in the name of keeping an amanah. The preservation of life and safety is greater amanah than confidence in this case.
• Honor – there is no secret where a person’s honor would be concerned. If someone is being slandered for an act that someone else confessed to you –even in secret- then breaking the silence is not breaking a trust in this case. It could actually become an obligation instead.
• Property – there can be no amanah where cheating, stealing, or forgery would be concerned. Even if someone else swore you to secrecy about where they hid the loot, or how they scammed their victim, you cannot be bound to uphold that secret. You would, in fact, actually required to break it in the pursuit or restoring rights and seeking justice for the oppressed.

Remember- the life, honor, and property of every Muslim is sacred, and you cannot make any sort of oath, covenant, or promise that would override that sanctity. Keeping that in mind, let’s go back to the emotional brick email.

Let’s assume it’s legitimate and some poor sister somewhere in the world is dying of breast cancer. She chose to spend her last days drafting impersonal emails to random people threatening their lives if they don’t pray for hers. If you receive her email and DO NOT FORWARD IT TO ANYONE, are you:

• Divulging confidential information?
• Failing to return or safeguard her property?
• Causing direct harm to her through your actions?
• Slandering her character?

Since the answer is no to all of the above, you can rest easy and delete the message, even if choosing to make dua for all people battling cancer all over the world, Ameen.

Making dua for everyone, everywhere is a good thing. Fear of Allah is a good thing too. It keeps us honest. If we find ourselves neglectful of our promises, the thought of standing exposed on Qiyama with nowhere to run, nowhere to hide, and the Inescapable Justice of Allah himself filling the horizon – that thought is a good thing.

It would also be a good thing if the people who wrote these emails feared Allah too, because the implied threat in the message is that “If you ignore my prayers, Allah will ignore yours too.” Speaking on Allah’s behalf without His permission is a grave offense.

Making threats on his behalf is much, much worse.

So the next time someone throws a brick through your browser window – out of fear of Allah – kindly and gently hand it back to them.

Politely inform them that they are not held to promises they never made and oaths invoked by people they never met. Mention as well that the mercy of Allah is limitless, and no one has the right to threaten or even imply that if you don’t do what they want, Allah won’t do what He promised to.

Fitnah of Our Times: Never Ending Debates and Drama On Muslim Social Media

Are You Consumed, Contained, or Compassionate? Learn From Futuh al-Ghayb