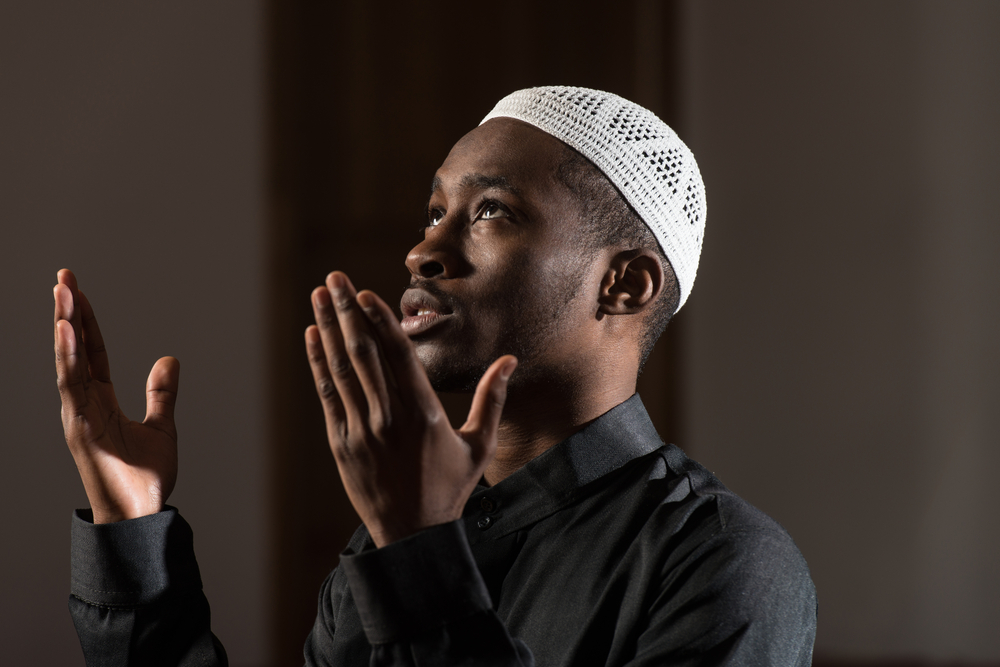 But recently I’ve been taking a few risks, sharing my heart in ways I never have before. It started, I think, with the decision to speak about feeling like I could no longer be Muslim, in the video I Never Thought It Would Be Me. That was a scary first step, but it was a necessary one because I felt trapped in my confusion and pain, and trapped in a life others had carved out for me. Then the words flowed a bit more easily, even if hesitantly, in Pain. From the Journal of Umm Zakiyyah, then Broken yet Faithful, and now Faith.

But it’s still hard, and I often cringe in knowing I’ve shown so much of myself. But today, for the sake of my emotional health and spiritual sanity, I feel I have no other choice.

The truth is, the most difficult part of the battle to be seen as human is the one waged against oneself. I was taught that I didn’t have the right to exist, and I’d believed it. Though no one used those exact words, it was instilled in me nonetheless. In circles of those who looked like me, I was taught that my existence had to be sacrificed for “the greater good,” for a Black legacy that was bigger than me. I was taught that internal hurts—those inflicted upon me by those who looked like me—had to be kept quiet because the admission would be seen by “them” as an opportunity to inflict more hurt.

But in my eyes, “they” inflicted hurt because of their own internal pain and spiritual depravity, not because I admitted to having pain of my own. Yes, “they” would use any opportunity to say I deserved to hurt, and I certainly didn’t want to give them more power over me than they already had.

But the problem is, this hiding of hurts (and thus giving oneself no opportunity for healing) is itself a grave hurt and a form of oppression, incited by a culture of systematic racism. It is the existence of racism that tells us that we do not exist like others do.

Besides, isn’t it the very definition of being human to have within you, individually and collectively, both good and evil? And is there any group of people who escape this part of human experience? What then, I wondered, was the point of denying my right to be seen as human too?

Here’s the problem with buying into bigoted untruths of the self and others: evil doesn’t discriminate. Shaytaan, as well as his army, views all human hearts the same: as opportunities for corruption and dragging them alongside him to Hellfire. He doesn’t care about the amount of melanin (or lack thereof) in the skin of human beings, the descendants of the one toward whom he felt destructive, envious pride. Ironically, Shaytaan sees us as we should see ourselves: as a single people, a single group, a single family of Adam.

When I was in college, I was very active in the MSA. Ultimately, I served as Vice President one year and President another. During my four years in undergrad, I was often the only Black Muslim who participated consistently. But it was a fellow BSU (Black Student Union) member who approached me after class one day and asked if I would come to a speech by a man who had been part of the administration of former U.S. President Ronald Reagan. She showed me some of the man’s writings, and I was appalled. It listed in unapologetic horrid detail “scientific proofs” of the biological inferiority and pathology of Black people. In other words, it detailed how Black people, allegedly, had not fully evolved from apes and thus had underdeveloped intelligence and “inherently” violent and immoral ways.

I sat in the audience listening in shock to a speech by a man brought to the university on school funds. My only consolation was that we, the Black students, had come in groups, prepared to challenge him during Q&A. When I glanced around the audience, I was pleasantly surprised to see some members of the MSA in attendance. Like myself and the Black students, they were different shades of brown sitting amidst the predominately White audience though the MSA members were mostly Desi, from India and Pakistan.

When the speaker made a joke disparaging a Black student, I saw the reaction of some MSA members, and I did a double take. The MSA group was laughing and clapping. When the speaker spoke of Blacks and Latinos being inherently ignorant and mentally diseased and Whites and Asians being inherently intelligent and superior, the Desi Muslims roared in applause. When he spoke of the inherent inferiority of Black people, they nodded in agreement as their eyes lit up in an eager admiration that I associated with someone being in the presence of a beloved celebrity.

I could say I shouldn’t have been surprised, given that the speaker himself was originally from India. But that wouldn’t be true, and it wouldn’t be right. I was surprised, and I should have been. Why should I, or any believer, expect anything less than basic human decency from fellow believers in Allah?

But it hurt. I cannot deny that. These were the same Muslims who sat opposite me, an administrator of the MSA, to brainstorm events to bring together Muslims on campus. No wonder I was the only Black person who participated regularly. I was the only one who hadn’t gotten the memo. But since I’d been voted in as an administrator myself, in the eyes of the MSA, I had no right or claim to my pain. After all, how could they be racist when they voted in a Black board member?

So I went home that day and said nothing about what I’d seen or heard. As far as I could tell, the Desi MSA members hadn’t seen me in the crowd, so after the event, I found my way out of the room and carried my heavy heart alone.

Nobody Cares About You

“Nobody cares about Black Muslims except Black Muslims,” an MSA member said to me months later when I suggested an event aimed at explaining the differences between the Nation of Islam and orthodox Islam. This member was Arab, and I’m sure, like the Muslim supporters at the racist speech, he meant no harm. “Good people” never do.

But they somehow manage to continually inflict it. And because they don’t mean to, our job is to suffer in silence, continuously. Because apparently, the only crime greater than good people inflicting pain is for hurt people to openly acknowledge that they hurt.

This is particularly the case if those hurt people are members of a group unapproved for full human existence. If you’re of a privileged group, you can speak of the hurt you felt when the people you hurt didn’t praise you enthusiastically enough for not hurting as much as they could.

Being Black and Muslim

I don’t pretend to understand the fight that people are picking with God when they speak so condescendingly about the black and brown-hued creations of God. But I myself feel grateful for the gift of brown skin that my Lord has given me. If nothing else, it at least offers me that much more protection from destructive human pride.

Also, as I experience daily mistreatment from both fellow Americans and fellow Muslims, I am given the priceless reminder that this earth is not my home.

Umm Zakiyyah is the internationally acclaimed author of more than fifteen books, including the If I Should Speak trilogy, Muslim Girl, His Other Wife and the newly released self-help book for Muslim survivors of parental and family abuse: Reverencing the Wombs That Broke You, with contributions by Haleh Banani, cognitive behavioral therapist.

Related Topics:anti-racismDesiIndianIslammuslimsUmm Zakiyyah
Up Next