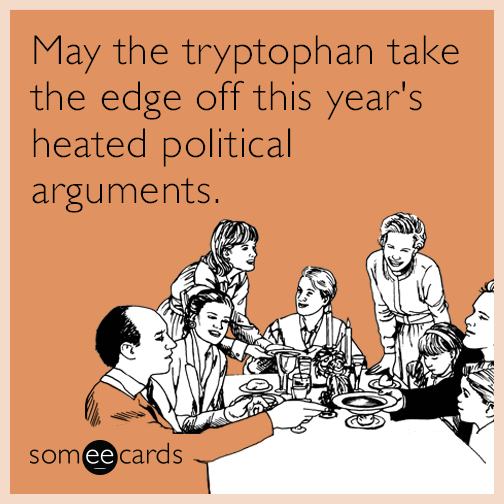 Tuesday, my son filled my heart with joy during his first-grade “What I am Grateful For” presentation. He began his speech with, “I am grateful for God, because He created everything.” As a Muslim I was elated, that he put God first and that he felt secure enough to fully express himself in front of his peers. I looked around his public-school classroom appreciating the diversity and harmony around me. Like America, the class is a mix of folks from different ethnic, religious, economic and racial backgrounds. Unlike America, the class was united, full of parents who came together to support not just their own child, but every child, embodying our national motto: e pluribus unum, out of many one.

As the students’ presentations ended, I wondered if we could model that kind of mutual respect and appreciation in the real world. Can we truly embrace and stand up for each other? What about American Muslims who are being targeted by the incoming administration? Like the Thanksgiving holiday itself, we must overcome our anxiety and examine some ugly truths to find answers.

“Those who believe in Allah and the Last Day, and work righteousness, shall have their reward with their Lord; on them shall be no fear, nor shall they grieve.” (Quran 2:62)

First, Americans must acknowledge that President-elect Trump’s campaign was unprecedented in how it normalized bigotry. For example, as a candidate, Trump said that he thinks “Islam hates us,” called for a “total and complete shutdown of Muslims entering the United States” and called for creating a government registry for American Muslims. As a result, American White Supremacists are openly shouting “Hail Trump!” while preforming Nazi salutes and the FBI’s latest hate crimes report shows a 67% increase in anti-Muslim incidents. And now, Mr. Trump is appointing advisors who advance policies aimed directly at American Muslims like internment camps and targeted deportations.

For example, Mr. Trump recently announced retired Lt. Gen. Michael Flynn as his National Security Advisor. Flynn is a known anti-Muslim conspiracy theorist who said as recently as August 2016 that “Islam is a political ideology” and not a religion. If you’re a Tennessean you might be feeling a bit of déjà vu, because opposition to the Islamic Center of Murfreesboro forced our U.S. Attorney to state, “To suggest that Islam is not a religion is quite simply ridiculous. Each branch of the federal government has independently recognized Islam as one of the major religions of the world.”

When it comes to anti-Muslim bigotry, Tennessee holds a unique place and offers several expedient examples for us to learn from. The state is practically ground zero for Muslims standing up to systematic defamation and disenfranchisement. Each year, a handful of Tennessee legislators and several of nation’s most notorious anti-Muslim profiteers work together to harass the state’s Muslims. However this hatred does not exclusively harm Muslims, and it is often used as doorway for discrimination against others.

Case in point, local Tennessee Muslim haters – supported by out of state funding – advanced a boldfaced lie and claimed Tennessee’s social studies standards were actually “Islamic indoctrination.” On the surface their claims seemed laughable, yet through town halls and social media these activists successfully pressured the state’s Board of Education into an early review and redrafting of the state’s newly adopted standards. Today, the new draft Tennessee Social Studies Standards significantly whitewash history. Not only has the overall content on Islam been reduced by 50%, but many lessons on important civil rights milestones and even, ironically the Cherokee origins of the state’s name have all been removed. A similar pattern also occurred in Texas during that state’s campaign against how Islam was taught and the result was the adoption of new textbooks, one which labeled slaves as “workers.” 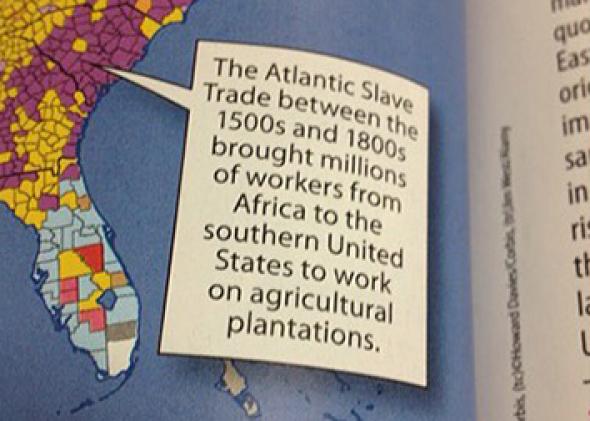 Image of a McGraw-Hill textbook approved in the cycle immediately after Texas activists claimed Islam was treated too favorably.

This Thanksgiving, we all need to reflect on what exactly it means to be American. To do so we must come to grips with how we purposefully ignore the atrocities of our colonial past. More importantly, we should reflect on how we continue to allow our media to minimize and underreport today’s injustices. In fact, as we celebrate Thanksgiving, there is perhaps no more glaring example of our willful ignorance than the #NODAPL movement and the violence being perpetrated against them at Standing Rock.

The election of Donald Trump, required a bulk of White Christian evangelicals (many of whom call themselves the “moral majority”) to embrace, endorse and vote for a man known for misogyny, bigotry, philandering, swindling and dishonesty in general. Through the Christian Right’s quest for power, their claims to the moral high ground have been exposed. These conservative, White, Christian, evangelical Trump voters are the very same people who present themselves as the standard-bearers of what it means to be “American.” We should learn from this example, and remember that our diverse American Muslim community helps us remain a community of faith, based on principles and not a special interest group or tribe.

“O you who have believed, be persistently standing firm in justice, witnesses for Allah, even if it be against yourselves or parents and relatives. Whether one is rich or poor, Allah is more worthy of both. So, follow not [personal] inclination, lest you not be just. And if you distort [your testimony] or refuse [to give it], then indeed Allah is ever, with what you do, Acquainted.” (Quran 4:135)

As forces mount to harm our community, let us never forget that Allah has endowed us with the moral high ground in our struggle, allies from multiple communities, and the opportunity to continue promoting justice and freedom. We will surely face difficult times ahead, but we are also positioned to be a source of goodness for ourselves and for others. The only question is — will we?

So remember Allah’s words, “Is the reward for good [anything] but good? So which of the favors of your Lord would you deny?” (Quran 55:60-61)

Our task is to help America realize the best of its values: ideas like freedom religion, justice and equal treatment before the law, and truly becoming a land of opportunity for all. We cannot let our past or even our current imperfections prevent us from working towards these goals. We also have to remain resolute, no matter who disagrees with us, be they from the extreme right-wing or from angry and disillusioned leftists.

America is a paradox of opposing forces like fear versus hope, and bigotry versus freedom. Our history includes both the ugly and the aspirational. We must learn from it and try our best to create an authentic culture of respect, because, ‘It may be that God will grant love [and friendship] between you and those whom ye [now] hold as enemies. For God is Oft-Forgiving, Most-Merciful’ (Quran 60:7).

Paul Galloway is the Executive Director of the American Muslim Advisory Council (AMAC) whose mission is to foster mutual trust and respect among all people through civic engagement, community building and media relations to protect all Tennesseans from prejudice and targeted violence.

Earth: A Trust Bestowed Upon Us