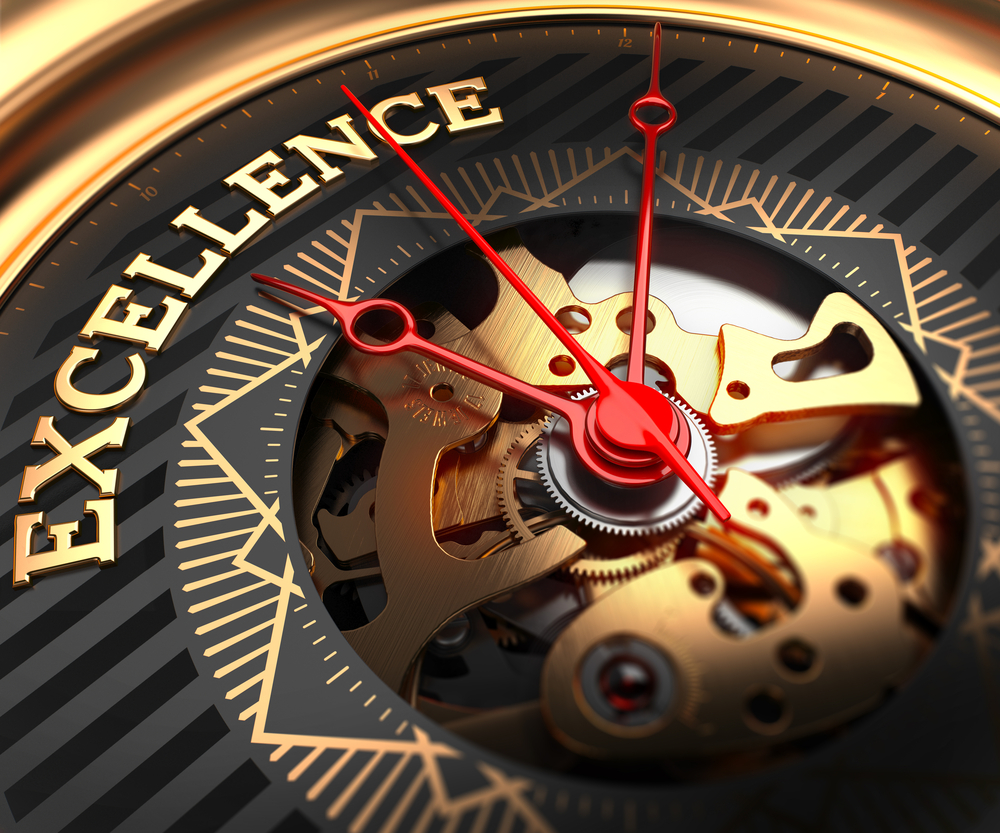 Do you drag yourself in to work or appointments and end up often being late?

Do you do things like cleaning at home or tasks at work just to get past the post, or do you try to do the best job possible, close to perfect?

Do you study just to pass exams or do you really try to understand the topic and work hard to be the best?

“Verily, Allah enjoins justice, and *ihsan* and giving help to relatives, and He forbids immoral sins, evil and tyranny. He admonishes you, so that perhaps you may take heed. ”
(Surah An-Nahl:90)

Ihsan is a comprehensive concept. It includes doing things to your best ability, excellently, completely, nicely, high quality, and doing them correctly in the right way according to the best standards and regulations (if relevant).

A Muslim who practices ihsan throughout his life is a responsible person and a person who always does a high quality job in a timely manner. He is never satisfied with anything other than a very good quality job in all that he does, being timely not tardy, being reliable, right down to washing dishes, ironing, or a workout for her/himself. As commanded excellence is required for all actions.

And he ﷺ said

Do you take state benefits because it’s easier than doing a job that you can’t be bothered with because you’re not much better off?

Self reliance is the hallmark of an Islamic personality. The Prophet ﷺ not only discouraged begging but many times forbade even asking people for anything rather than being self reliant.

The Prophet ﷺ when asked what was being committed in a pledge from Muslims said:

“That you worship Allah and do not associate any partners with Him, pray five prayers, listen and obey (the prophet and his laws), and that you do not ask people for anything. “

‘Not asking people for anything’ here does not mean begging, it’s literally not asking for anything. This doesn’t mean never, it just means that if you can do things for yourself, do them yourself, not to generally rely on others or be lazy. The companions were so careful to obey this command that they would not ask for help even in small matters.

“Indeed, some of those people obeyed this to the extent that *if his whip were to fall from his mount (horse or camel), he would not ask anyone to hand it to him*.”

Thus the sahaba were a generation of productivity, perfectionists, self reliant, that did jobs to a high quality standard, worked hard, to the best of their ability, studied hard, didn’t waste time, kept their promises and appointments, were organised and systematic in their approach to life, because they had a vision and ambition for Allah’s deen, so Allah opened the world to them.

How many of us complain about the state of the Muslims but didn’t study hard at school, didn’t work hard in our careers, don’t do good jobs at work, or claim benefits, and go through life just getting along without ambition or a vision for their life and work? Have we even planned projects for our excess wealth (if any) for good causes beyond tactical charity towards strategic plans and projects that really help those in need and the revival of Islam?

Let us look in the mirror before assuming that the problems Muslims are facing are solely due to others.

Let’s look inward and strive to be better individually and as a collective.

The American Muslim Community Is Inextricably Linked To Kaepernick’s Protest