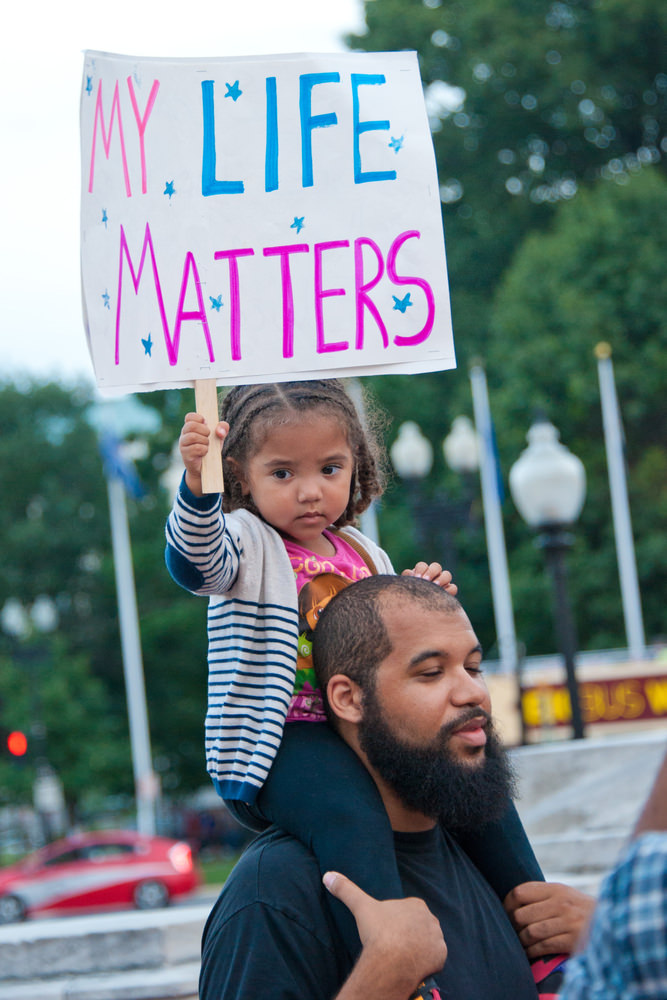 We await the grand jury decision on whether Darren Wilson, the police officer who fired on and killed unarmed Michael Brown, will be indicted on criminal charges. Our Noble Prophet ﷺ said, “By Allah, if you have killed one man, it is as if you have killed all the people” (Sunan Sa’id ibn Mansur 2776). While Michael Brown’s death is a deep tragedy in and of itself, the militarized response to the protests it sparked reflect racial disparities and long standing injustices in our society. As Muslims we should draw upon our strong tradition of standing with the most marginalized members of society.

Allah tells us in the Qur’an:

O you who have believed, be persistently standing firm in justice, witnesses for Allah , even if it be against yourselves or parents and relatives. Whether one is rich or poor, Allah is more worthy of both. So follow not [personal] inclination, lest you not be just. And if you distort [your testimony] or refuse [to give it], then indeed Allah is ever, with what you do, Acquainted (Sahih International 4:135)

Mass incarceration, police brutality and the frequency of  extrajudicial killings  of Black Americans in the United States , including that of Imam Luqman Ameen Abdullah and Amadou Diallo (one every 28 hours) are reflections of the structural racism in our society. The activation of the National Guard  in Missouri this week is a stark reminder of the militarized response to non-violent protests. It is our duty as Muslims to stand with the victims of oppression for justice. On the authority of Abu Sa’eed al-Khudree

We ask that Muslim organizations be part of the solution by taking proactive steps in responding to a growing crisis. As part of our mission to challenge racism, we invite you to address the grand jury decision and to prepare our communities to create safe space for conversation and develop strategies to address inequity in our society. Regardless of the decision, the realities of structural racism affects the lives of Muslims and people of color nationwide.  There are 75 Planned Actions for Darren Wilson Grand Jury Decision which you can join and support. In addition, we offer the suggestions below and we would invite you to share your own ideas as well:

This is not an exhaustive list, but we hope they prepare us for meaningful action. We urge all Muslims to engage this situation in a way that can bring about sustained change.

If you have questions, comments, ideas or suggestions, please contact one of us. As part of our commitment to fighting racism within the Muslim community and standing for justice, we must take action.

MuslimKidsMatter | When Parents Go to Hajj