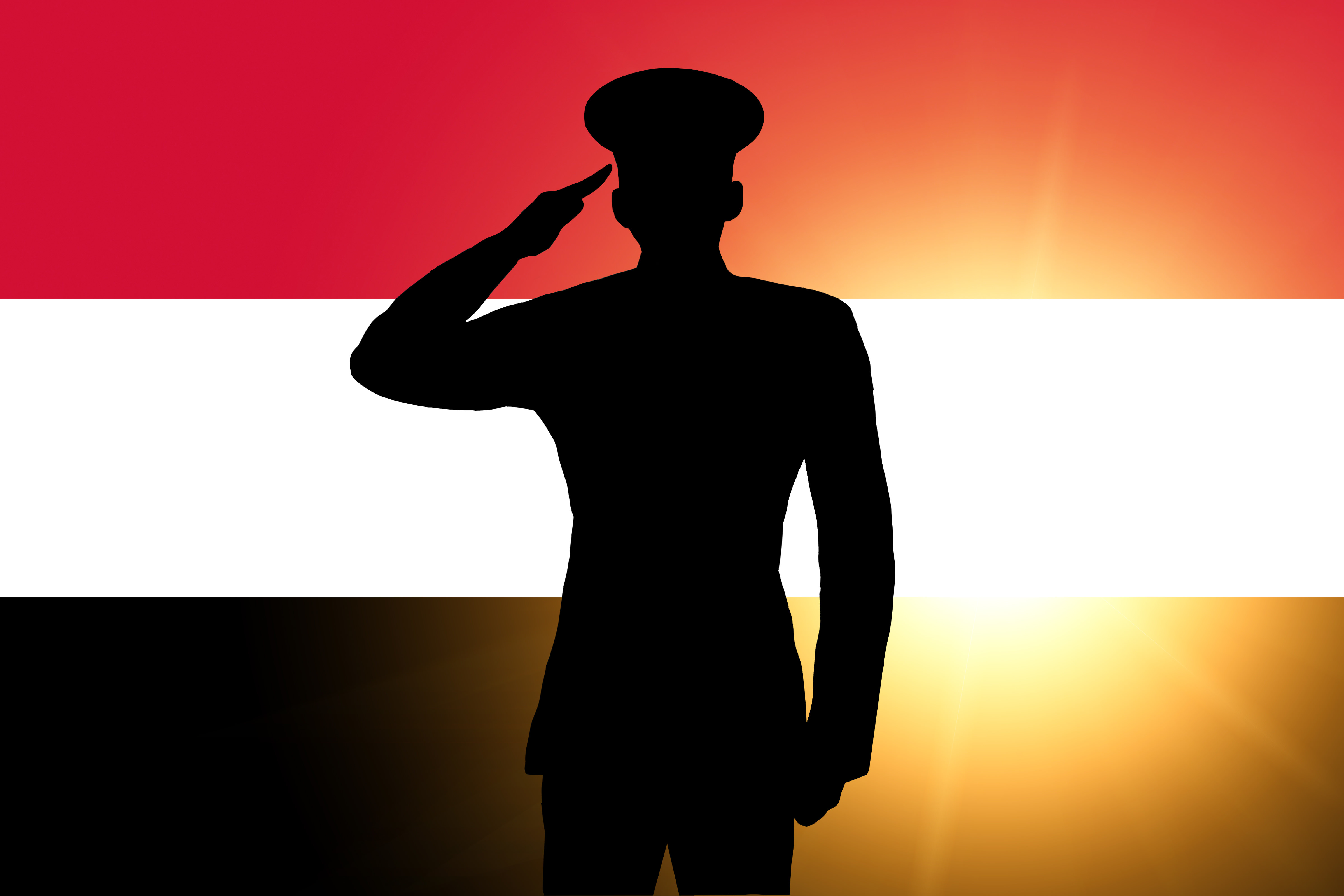 It wasn’t suppose to be this way.

Everyone in Egypt knew, without question, that the country would hit a hurdle or two on its road to a fully functioning democracy. It was thought, however, that we would stumble along, but nonetheless move forward. The idea that Egypt could backslide – certainly, so soon into their democratic experiment – was simply unthinkable.

Yet, here we are.

The Egyptian military has overthrown the first freely elected president in the country’s storied and turbulent history. To be sure – and fair – they carried out this action with what seemed liked overwhelming popular support. There are the unverified 22 million who signed the tamarod petition, but far more noteworthy are the scores of citizens who came out in opposition to president Morsi on June 30. The squares of Egypt from Alexandria to Cairo and across numerous other governorates were filled with protesters numbering, according to Reuters (citing an army source), upwards of 14 million. Other news agencies reported that an incredible (as in, NOT credible) 33 million demonstrators filled the streets of Cairo. Regardless of what the actual tally was, two things are certain: 1) the turnout was HUGE (by most accounts the largest mobilization in at least Egyptian history, surpassing even the toppling of Hosni Mubarak in 2011), and 2) the end result was, for all intents and purposes, a coup.

Far too many who have a vested interest in the army’s actions yesterday, from nakedly biased news anchors to the army itself, are trying to package these events as the military simply responding to the will of the Egyptian people rather than engaging in the illegal removal of the country’s elected executive. You have Western media darlings screaming on national news broadcasts that “This was not a coup!” while the Twitterati in Egypt try and plead their case through hashtags (#NotACoup #EgyptianRevolutionNotMilitaryCoup). Despite this, every major news agency – from the BBC, to Al Jazeera and CNN – seem perfectly content calling a spade a spade. There have been reasonable voices in the anti-Morsi contingent, yet a large segment who supported the tamarod movement (including, of course, it’s organizers and opposition collaborators) are either naive, self-deluded, or, more cynically, manipulative.

Here are the facts. On July 1, the Supreme Council of the Armed Forces (SCAF) issued a 48-hour ultimatum supposedly meant for all parties to come to a resolution, but in reality aimed squarely at Morsi. Soon after the announcement, in a brazenly Orwellian scene, army helicopters flew over Tahrir and the Presidential Palace dragging oversized Egyptian flags and dumping miniature versions unto the crowds below. When the window on the ultimatum had closed, General Abdel Fattah al-Sisi, head of SCAF, announced alongside opposition leaders, the Shaykh of Al-Azhar and the Coptic Christian Pope, that Mohammad Morsi was no longer the president of Egypt. Soon after, tanks rolled into the streets and mass arrests of Muslim Brotherhood members ensued.

So you have the forced removal of a legitimately elected president by the armed forces, tanks occupying streets across the country, and politically motivated arrests. BUT DON’T YOU DARE CALL THIS A COUP!

The fact is, these events are fait accompli whatever label we choose to slap on them. This is not to say the debate is moot – for one thing, whether or not America regards these actions as a coup d’etat will determine if aid to Egypt (which goes largely to the military) will be revoked. Yet, let us focus now on future prospects. To be frank, they’re bleak.

There is very little reason to think that the junta backed interim government will be able to build Egypt’s democratic institutions and form a more perfect union among Egyptians from various ideological, social and regional backgrounds. For one thing, the roadmap that the SCAF has laid out essentially returns Egypt to square one, back to the time immediately following the downfall of Mubarak. The same problems that existed then, therefore, hold now. That is, now that the constitution is suspended and a new draft is to be written before elections, how do you decide who will serve on the committee tasked with its revision? Previously, this issue was settled by first moving to elections so that the constituent assembly could be drawn in part from elected officials, but many opposition forces were against this action (largely, after the fact), claiming that it tilted the scales in favor of Islamist interpretations. How, then, they propose to form a more representative coalition is anyone’s guess.

Perhaps the biggest concern, however, is the continuing divisiveness that is likely to only get more acute in the coming weeks and months. There was a means by which this impasse could have been settled with roughly the same outcome, but in a much more conciliatory and, yes, democratic fashion. That track was the one I hinted at briefly in my assessment of the run-up to June 30, namely a referendum on Morsi’s presidency. Potentially, a bargain could have been reached giving Morsi an opportunity to put his continuation as Egypt’s president to the polls. Stipulations could have been made, like a revamping of the constitution no matter the outcome; yet this option doesn’t seem to have been seriously considered. To be sure, Morsi had the opportunity to put this appeal to the people, but it has to be said that the opposition also missed a shot at magnanimity and reconciliation by not suggesting this route and instead going for the jugular. The end result could have essentially been the same for the opposition, with the added benefit of having done it through a mechanism acceptable to all sides.

This theme of zero-sum political maneuvering shows no indication of abating. In the immediate aftermath of military takeover, a number of channels run by or ideologically consistent with the Muslim Brotherhood were shut down. Some have claimed that this is due to the fact that these channels featured inflammatory language and incited violence. That may be true, but why then would the ruling forces ransack Al Jazeera offices in Cairo? Moreover, a cursory survey of Egypt’s blatantly biased liberal channels (formerly anti-Brotherhood, now tripping over themselves to salute the army) would evidence equally inflammatory language (not rising to the level of incitement to violence, perhaps, but often falling just short). For example, the host of the most popular show in Egypt casually compared the Brotherhood to Nazis.

Given this climate, don’t expect to see a pluralistic democracy in Egypt anytime soon. The opposition and their military collaborators seem more intent on settling scores than fostering a an environment for viable multi-party debate. I suspect that the interim government, through its nebulous mandate, will practice the exact same exclusionary, bluntly majoritarian tactics that it accused the Brotherhood of employing. In turn, to the extent that the saviors of the revolution will allow them, I expect the Brotherhood and their supporters will play the disruption and obstruction card that they accused the opposition of utilizing time and again. The opposition realizes this is likely the way things will turn out, however, so I imagine they’ll call on the military to clamp down for the sake of security. The military, of course, will oblige. The Egyptian army loves to play the role of savior and Egyptians just love being saved – especially from the big, bad Islamist.

Buttressing this vicious cycle is Egyptians’ own misguided and unending search for that great leader. Until they put their faith in a great system instead, stability and justice will remain elusive.

Many Egyptians celebrated Morsi’s ouster. Yet, any keen observer who has followed the events in Egypt from January 25, 2011 on through to today will have noticed an increased sense of trepidation this time around among the “victors” – an uneasiness. There were certainly many loud voices in support of the overthrow, but quite a few – who were just as vocal and were drawn from within the same ranks – that regarded the means that brought about this end as, at minimum, problematic.

Make no mistake, this coup was a blow to Egyptian democracy. That is not to say that a representative system of government is not still salvageable. I would be lying, though, if I said I was optimistic about this prospect in the short to medium term. It is clear that an already difficult path has just gotten much more perilous.

Egypt deserves better…I just don’t know if she’ll ever get it.

Egypt’s Political Crisis: What You Need to Know About Morsi, the Brotherhood and “Tamarod”