Assalamualaikum!  This week we will be hearing from a girl in Maryland who found Islam at the age of 11.  Enjoy reading this inspirational story and experiences in her article “True Guidance.”

“That is the Book. In it is guidance surely without any doubt, to those who fear God, who believe in the Unseen, are steadfast in prayer, and spend out of what we have provided for them.” (Sura Baqarah: 2-3)

I still remember the smell of my first Qur’an. It was new and exotic, something that I couldn’t delve into.  As my Muslim friend handed it to me, I thanked her politely, asking if there was anything special I had to do with it. “Just don’t put it on the floor,” she said.

This would become a book, so worn and full of highlights, sticky notes, and tears, that was so special to me.  I would sleep with it right next to me every night. The English translations became pounded into my head, as I re-read them, over and over and over again.

Back then, I still considered myself half-Jewish, half-Christian. But as I fell in love with the words of Allah (SWT), I started to think that maybe, just maybe, I would convert and that Islam was the true religion. And as I delved deeper and deeper into all of the aspects of a religion I knew nothing about just eight months ago, I suddenly knew.  This was not some fake Prophet or a moon god, but it was the true religion.

It was a Tuesday, April 4th, 2012, at around 10:00 AM.  My parents had left me alone at home. I called a Saudi Arabian man who had said that he would help me take the shahada. I said the words, “Ashadu Anla Ilaha Illullah, Muhammaden Rasoolullah.”

When I started praying two weeks after I converted, something in my mind started to change. I started to finally want to be Muslim with every ounce of my body. I read Qur’an every night. I prayed five times a day, sometimes even Sunnah prayers, too. My parents did not accept my reversion to Islam, but I was finally able to stand up to them and express how much Islam meant to me.

Proudly I can say that, almost a year later, I still haven’t given up. Alhamdulillah, I have been given amazing will power to practice a faith that I accepted not that long ago. Even through all the ties that I have unwillingly broken, tears that I have shed, and the life that I have given up, Allah (SWT) proved to me that He is better than anything else in this world that I could ever desire. Every time I prostrate, I thank him for the ability to be a practicing Muslim, knowing somehow that I will never be able to thank Him enough. How could I when, out of all the 11-year-olds in the world to be guided to Islam, He picked me?

The smell of my first Qur’an is lost now, as I use a different one.  But once in awhile, I take it off of the basket that it lies in and open it up, breathing in the scent of Allah’s (SWT) incomparable guidance and my first taste at hope. 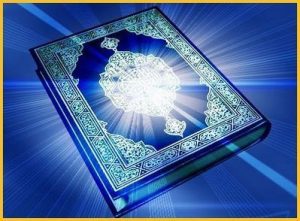 12-year-old R.H. is a revert Muslim who has a passion for learning about her deen and pleasing Allah (SWT).  She also enjoys writing, reading, and debating on a national team.  You may often find her laughing with her best friend or finishing her homework at the last minute possible.  She lives in Maryland, USA.

MuslimKidsMatter | Beauty of the Heavens and the Earth Poem