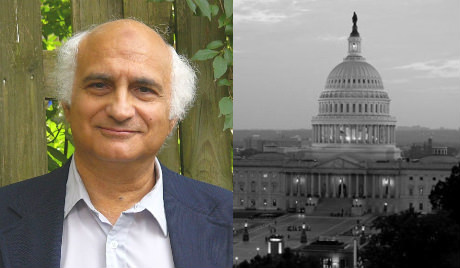 Libertarian Candidate for US Senate, Maryland

When the Maryland libertarian party asked me to be its candidate for the United States Senate in the 2012 election, I asked them are you sure you want a Muslim to represent you? Their response was that they were glad to have a Muslim articulating their positions because for too long the neoconservatives have falsely projected a conflict in civilization values between America’s commitment to liberty and the teachings of Islam. Since I have devoted much of my life to fighting stereotypes about libertarians (that they are somehow libertines) and about Islam (that it is some medieval form of fascism), I realized that undertaking this educational campaign was my duty as a Muslim.

I have been pleased both by the warm support I have received from members of the Muslim community and from the open-mindedness with which I have been received by most non-Muslims. I am writing this blog for MuslimMatters.org in order to clarify some specifics about the harmony between libertarian politics and Islam, especially in the matter of foreign policy.

Of course, Islam is about much more than politics. It is a complete way of life. However, ethics is the basis upon which politics is built. The most fundamental ethical principle with political implications in the Qurʾān is the mandate, “Let there be no coercion in religion” (2:225). This oft-quoted dictum is sometimes oversimplified as meaning only that no one should be forced to convert to Islam. That is certainly one corollary of the basic principle. However, when one realizes that the word here translated as religion (dîn) actually refers to the Islamic way of life, one understands that it has much broader implications, forbidding aggression in any aspect of Muslim life.

In this respect, the Qurʾānic verse is an endorsement of the fundamental principle of libertarianism, the Nonaggression Principle. This principle is articulated in the Maryland Libertarian Party Constitution (of which I am co-author): “No person or group has the right to initiate force or fraud against any other person or group to seek to attain their values.” This common sense principle is accepted by everyone in their daily lives, except for murderers, thieves, and con artists. The problem is that too many people are willing to make an exception to this rule when it comes to the state. The divine law, or (for some) natural law, applies to the state, not just individuals. As Thomas Jefferson said, “I know of but one code of morality for men whether acting singly or collectively.” In other words a war of aggression is murder (on a massive scale, no less) even though it is conducted by a state; unjust taxes are theft even though collected by the state; and the Federal Reserve Board is engaged in fraud when it prints currency backed by no commodity of value, even though it was chartered by the state to perpetrate the counterfeiting.

The implications of this principle on government policy tend to be what Americans generally consider to be “conservative” when applied to issues of economics and liberal when applied to issues of social policy. What I mean is that libertarians favor both economic freedom and civil liberties. In this respect we are associated more with the rhetoric of Republicans and the rhetoric of Democrats although, alḥamdulillāh, not with the actual actions of either.

Free markets are part and parcel of Islamic law, and the Prophet

condemned market intervention like price controls, protesting that he could not set one price when Allah

had set another. Islamic law justifies intervention only to prevent the initiation of force (e.g. theft), fraud (e.g. deceptive weights or measures), and unfair advantage (e.g. riba). Although the Islamic way of life is, in many respects, socially conservative, that conservatism is not forcibly imposed on others. For example, the prohibition on wine is not imposed on Christians (who use it in their religious ceremonies) or on Jews.

Libertarians completely reject the imperialist aspirations of the neo-conservatives. The Nonaggression Principle rejects such concepts as “pre-emptive” and “preventive” war. If we are attacked we will fight back, but only against the aggressors, not against innocent civilians. In this respect, libertarian philosophy adheres to Allah’s

injunction to fight “those who fight against you, but do not aggress, for God loves not the aggressors” (2:190) because “To those against whom war is made, permission is given (to fight), because they are wronged…” (22:39).

In the upcoming elections Muslims in the state of Maryland will have the opportunity to vote for a full slate of Libertarian candidates for federal office with former Governor Gary Johnson running for US President at the top of the ticket and, yours truly, Dean Ahmad running for US Senate.

Is Voting for Barack Obama Wajib?

A Personal Account of Hurricane Sandy from New Jersey