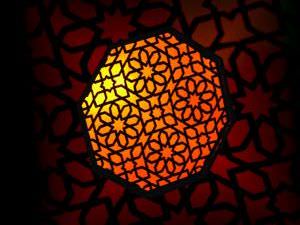 “There’s only one corner of the universe you can be certain of improving, and that’s your own self,” wrote Aldous Huxley, the English novelist best known for his dystopian novel, Brave New World. In his exploration of the dilemmas confronting twentieth century man – the rise of capitalism, the dehumanising demands of technology and progress, the worship of consumerism, the culture of instant gratification – Huxley hits on many truisms in his chilling forecasts to the modern world. At the heart of Huxley’s critique of modernity is his notion of the “revaluation of values:” that the modern world was radically altering established norms and standards for the worse. He envisioned that as the world gets more technologically savvy, it would begin to lose its human face. Many have since argued that the Huxlian nightmare is not so very distant.

The Crescent is Coming

This week will see Muslims the world over commence Ramadan, the month of fasting. Ramadan, essentially, is the month in which the faithful are required to buckle down more consciously and improve their own “corner of the universe.” The month is characterized by heightened religious observance and a keener sense of social cohesion, and provides a powerful energy for transformation. As the month progresses, many Muslims, repentant for the ills and misdeeds of their past, resolve never to return to such ways again. “Thus,” says Shalabi, “men, women, and whole societies purify themselves during this month that becomes the turning point of the year; and, for many people, it is

Ramadan, or more precisely, the act of fasting, yields to the faithful an array of timely lessons to help steer them through what is fast becoming a volatile and vulnerable world.

Undoubtedly, the core lesson of Ramadan is bound with the Quranic dictum: O you who believe! Fasting is prescribed for you, as it was prescribed for those before you; that you will perhaps be God-fearing.[2] Key to this notion of a God-fearing life is the idea of tazim: reverence. In this Age of Irreverence, Ramadan is a call to renew our reverence and love of God by venerating the Divine commands and respecting their limits. The regime of fasting sets certain limits which, though designed to facilitate our detachment from dunya; the material world, and also from the nafs, or ego, is ultimately about according the believer an opportunity to revere and remember God more fully and faithfully.

This brings to the fore another aspect of Ramadan, often obscured to many Muslims. The act of fasting, as given in the Qur’an, is a reminder that ours is an ancient way of living. For fasting is prescribed for you, as it was prescribed for those before you. In other words, Islam calls to a way of life which, essentially, is traditional; pre-modern. It stands in stark contrast to the call of modernity, with its irreverence, individualism and cult of conspicuous consumption. This is not to suggest that Muslims are required to be luddites or anti-technology. A Muslim women donned in a hijab, using a mobile phone; or a bearded brother drinking “bepsi” or carrying bluetooth technology, are not in themselves contradictions in terms. But for believers, explains Gai Eaton, there is only one litmus test to really assess the worth of technology and progress: “Does it promote piety – awareness of the divine Presence – or diminish it? Does it lead an increasing number of men and women to the gates of Paradise or does it encourage them to stray from ‘God’s Path’? Does it reinforce the divinely revealed Law or does it blur the distinction between what is commanded and what is forbidden? There are, of course, other considerations but they must take a lower place in a fixed order of priorities. An increase in life expectancy is, obviously, a good thing, but it is worthless if these additional years do not lead to an increasing awareness of the divine Reality which we are soon to meet. There is nothing inherently wrong with the comforts provided by the modern world … but these count for nothing if their soft embrace encourages us to forget our origin and our end.”[3]

Putting a Lid on the Self

Another of Ramadan’s recurring themes is that of restraint.