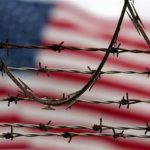 Last winter, I wrote for these pages about reports of religious abuse at Guantánamo (“The Secret Weapon,” December 5, 2008). Among the abuses that had been reported were desecration of the Qur’an, prevention and mockery of prayer, and sexual assaults intended to undermine piety. I argued that the victims of religious abuse considered it worse than anything else they had endured at Guantánamo, though allegations of this kind of abuse have been mainly ignored by the American media.

Some readers responded to the stories of abuse in my article by insisting that terrorists are trained to lie. I couldn’t prove they were wrong. If you had asked me when I wrote the article which of the abuse claims I thought was most likely to have been fabricated by detainees, I would have said it was the stories of forced prostration before a makeshift shrine to a false god. It seemed too outrageous. What could contradict America’s commitment to religious freedom more than coerced apostasy?

But there it was in the recent Senate report on the treatment of detainees in U.S. custody. Listed among the many techniques designed to increase a detainee’s stress level during interrogation was “forcing him to pray to an idol shrine.” Other forms of religious abuse were also acknowledged by the report: the prevention of prayer, grotesque methods of sexual harassment, and the forced shaving of the beard and head, which was intended not only to violate Islamic norms but also to emasculate the detainees, one of whom was even made to wear a burqa.

Until recently, we could only speculate about the origins of such techniques. But the widely held suspicion that many interrogation methods at Guantánamo had been reverse-engineered from the SERE (Survival, Evasion, Resistance, and Escape) military training program has now been confirmed. Those who instructed Guantánamo’s interrogators used training slides that recommended “religious disgrace” as a method to “defeat resistance.” Elsewhere the Senate report refers to the religious beliefs and practices of the detainees as “taboos” and “superstitions,” language that suggests an attitude of contempt for Islam.

Acts of religious humiliation remain legal at Guantánamo. In Rasul v. Rumsfeld, four British nationals brought a civil suit against ten U.S. government officials. The four claimed they had been illegally detained and mistreated at Guantánamo. Their case was based in part on allegations of religious abuse, which were upheld in the District Court. In January 2008, however, the U.S. Court of Appeals for the D.C. Circuit decided against them. The Supreme Court later ordered the case to be reviewed by the Court of Appeals, which again ruled against the plaintiffs in April 2009. But the issue of religion at Guantánamo had gained another airing. The Appeals Court’s majority opinion again insisted that the plaintiffs were not among the persons protected by the Religious Freedom Restoration Act (RFRA), which their lawyers had cited in their case. But the Detainee Treatment Act of 2005 also prohibits “cruel, inhuman, or degrading treatment or punishment,” and who would pretend that religious abuse does not fall into this category? Judge Janice Rogers Brown, in a concurring opinion based on different reasoning, encouraged Congress to revise RFRA for a new era, in which “prolonged military detentions of alleged enemy combatants” are now “part of our consciousness.” If Congress had considered a Guantánamo-like situation when the law was being drafted, she argued, “it likely would have prohibited, subject to appropriate exceptions, unnecessarily degrading acts of religious humiliation.”

One word was surprisingly hard to find in the Senate report: Qur’an. Why? After all, desecration of the Qur’an is by far the most widely alleged form of religious abuse among former detainees. But in the report the Qur’an is mentioned only as a “comfort item” that may be removed from a detainee’s cell to weaken his resolve. Apparently, we are to believe that several carefully planned violations of the tenets of Islam were encouraged at Guantánamo, but that desecration of the Qur’an-the ubiquitous symbol of Islam in every cell-was not allowed.

But then, it’s hard to tell, since many portions of the report are blacked out, including lines in sections about religious abuse. Maybe references to the desecration of the Qur’an were judged too incendiary for the general public. The government knows that if such desecration were officially acknowledged, this would be the lead story in newspapers all over the Muslim world. The harm that would come from such a disclosure might outweigh the good of transparency.

Consider the case of Muntathar Al-Zaydi, the Iraqi journalist now famous as the “shoe thrower.” What was it that stoked his rage? When the London Times asked his family why he turned against the United States, his brother mentioned a May 2008 incident: a Marine in Fallujah had used the Qur’an for target practice. It was an iconic event that tarnished the image of the U.S. military in the region and threatened the security of Baghdad. “He talked incessantly about the subject,” said Al-Zaydi’s brother.

Nothing threatens America’s national security more than the perception that we are at war with Islam. We are not. But to change that false perception we must first change a disgraceful policy.

Michael Peppard is an assistant professor of theology at Fordham University.

Related Topics:americaGitmoGuantanamoMichael Peppard
Up Next