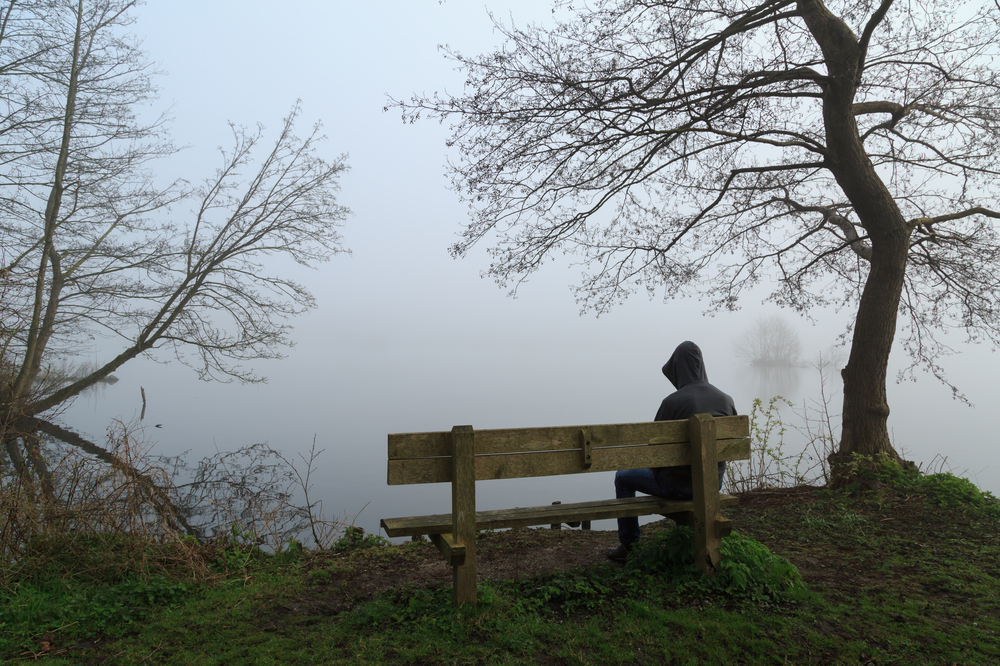 He was happily married for only three years when he received news that his wife had passed away in a car accident. His 14-month old daughter, Aayah, would grow up not having known her mother. He had no family who could help raise her except for a distant sibling, who already had children of her own.

Eventually, severe depression kicked in like a heavy weight on his shoulders. It was with him day and night. His world became engulfed in darkness and despair. His thoughts about pain and suffering, coupled with the demands of his work and circumstances, led him to complete isolation from his friends and the community.

He eventually stopped praying. He thought his depression would ease over time, but he would shed tears every time he looked at his daughter. His severe grief led him to decide to find someone else, anyone else in his family, to raise Aayah. His sister agreed to take care of her for as long as necessary. And eventually, just as his wife left his world abruptly, so too did Aayah.

Before we continue with the brother’s intense experiences, let us reflect on several important points. 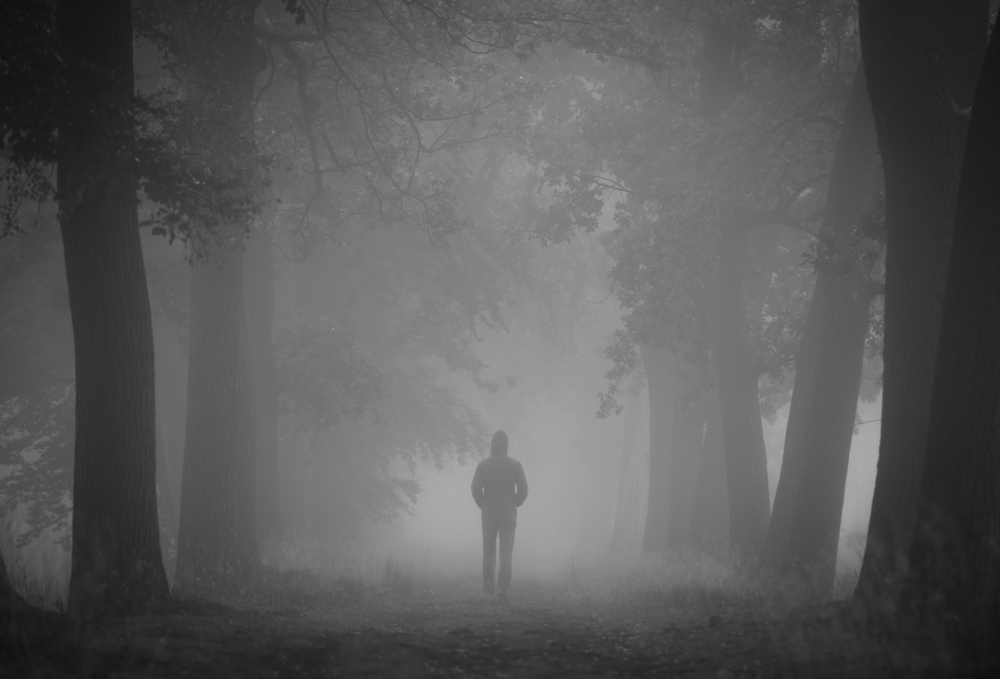 This brother, once a signpost of light and activism in the community, fell quickly into a series of life-changing problems. His problems, as he later elucidated, were due to his high expectations of this worldly life and his confusion about the actuality of pain, suffering, and attachment.

However, the brother isn’t alone. There isn’t a human being upon this earth who lives a life without any discomfort, pain, hardship, or suffering. When you expect this life to be a paradise, it’s going to be difficult to cope with pain. When you perceive this world to be the be-all and end-all of existence, it’s going to not just magnify one’s pain, but present it with no purpose.

Mankind has always asked about the purpose of existence, the purpose of suffering, and the purpose of life as we know it. The responses, however, are elusive to many – and with their elusiveness comes a darkness without light, a sharp pain without purpose.

The problem of suffering, in the Islamic perspective, is not a “problem” at all, in its proper context. The objective of this article isn’t to expound on every response to the concept of suffering in detail, but to serve as a reminder that there is always light, hope, and purpose.

Suffering, in many cases, is relative and subjective. In other cases, suffering is a means of increased mental and spiritual strength – “no pain, no gain”. Suffering can exist as a reminder to return back to one’s true purpose in connecting with, and knowing, one’s Creator. Suffering in other scenarios is a byproduct of one’s own shortcomings or due to an over-attachment to a human being more than one’s attachment to Allah.

Oftentimes, suffering is a reminder that this life is not paradise and that it serves a different purpose. In other contexts, it’s a powerful reminder that the true source of might, and control, is in the hands of the Creator. In yet other contexts, suffering is a massive and humbling blessing in disguise. Suffering may also serve as a path to increase one’s ranks in the sight of Allah via true patience.

Ultimately, however, suffering is limited – for the righteous. Allah states:

“Gardens of perpetual residence; they will enter them with whoever were righteous among their ancestors, their spouses and their descendants. And the angels will enter upon them from every gate, [saying], “Peace be upon you for what you patiently endured. And excellent is the final home.”[1]

One step into Paradise, regardless of all the misery and hardship experienced in this world, erases and wipes out all memories of pain and hardship. It was reported that the Messenger of Allah ﷺ said:

If one dip in Paradise can erase all the pain of the one who experiences more misery and hardship in this world than anyone else, then how would one step into Paradise feel for everyone else? How would one minute feel in Paradise? One hour? How about an eternity?

The “Problem of Suffering”

The “problem of suffering” oftentimes ignores the Divine wisdom of Allah (swt) who places everything in its proper place, who Sees what we do not, who cares more for our success and happiness than we do for ourselves. Allah is Al-Hakeem, the Most Wise, and Allah is also Al-Wadood, the Most Loving, and Ar-Raheem, the Unimaginably and Ever-Merciful.

Not understanding the purpose of pain would magnify one’s hardship. Knowing, thus, that Allah the Exalted is Wise, Merciful, and Loving, should remind us to put our full trust in Him. Furthermore, Allah didn’t allow us to experience this world with its many darknesses and hardships without also sending us a source of Light, Knowledge, and Guidance, a means of solace and optimism so that we may move forward in life regardless of what we encounter.

Our lives would change significantly if we studied what He revealed, contemplated the teachings of His Message and messenger, and reminded ourselves of that Light every time we experienced darkness.

Returning back to the story of Abu Aayah, the brother assumed that his happiness would slowly trickle back into his life now that he didn’t have Aayah to remind him of the pain of loss. In hindsight, it would have seemed obvious that his daughter would eventually serve as a source of abundant happiness for him, but the power of emotions can blind one from rational thinking.

His depression became so severe that he soon began to contemplate suicide. He began to drink to numb the pain, but the drinking magnified his problems manifold. Eventually, he contemplated suicide almost continuously when he was alone.

Sitting in his dark living room one night, considering the matter of suicide seriously, he began reading the final text messages his wife had sent him a few hours before she died, wallowing in despair. As he scrolled back through the older messages from his wife, Sarah, he stopped at an exchange of messages between them that read (with slight omissions at the request of the brother):

Sarah: “lol jk, I’d be more depressed thinking that we wouldn’t end up in jannah together”

Abu Aayah: “wow, what a dark thought. Lol. may allah unite us in jannah with all of our kids and offspring”

Abu Aayah cried uncontrollably. He found himself falling into prostration, crying and asking Allah for help. As he allowed his tears to flow, his prayers and supplications became more concrete. He begged for happiness, for relief, for forgiveness, for direction, and for a means of making it to paradise to be with his wife and daughter.

He purified himself and prayed. And prayed. And prayed. He hadn’t felt such tranquility, such focus, such meaning, ever since his wife left this world. He knew what he wanted, and what needed to be done. He finished his prayer and sent a message to his sister. He informed her that he would pick up Aayah that same day. And he did.

Abu Aayah now strives to remind others in his community about the importance of spiritual and mental well-being, and he shares his experiences in order to help others cope with hardships and pain so that they might find hope and light once again.

grant us enduring patience, beneficial wisdom, a strong connection to the Qur’an, continuous trust and reliance upon Him, and the highest levels of Paradise with our loved ones.

The original names have been modified in this story at the request of the brother and his family.