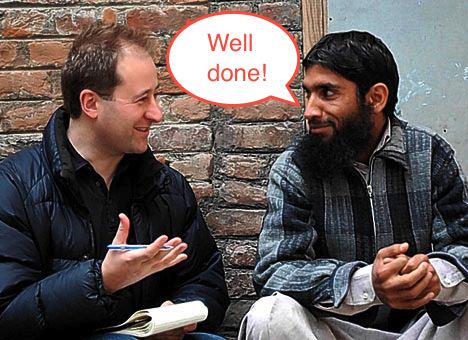 Do not adjust your screen or your glasses – you read it right. This article is by a Muslim praising the West. Much like the title image of a smiling Shakeel Ahmed Butt (referred to online as “Muslim Rage Boy”), I’m trying to show that we can break the stereotype.

One of the more pernicious symptoms of depression is losing the ability to recognise good in others. The gloom that is cast over the Muslim world at the present time demonstrates this perfectly. We are sore at “the West” and blame them (with some justification) for many of the ills that plague us.

A neutral observer would be forgiven for thinking that practising politically aware Muslims have only one default setting with regards to the West – hatred. This isn’t the case so I thought I would highlight 5 examples where the West has advanced human civilization in ways that Muslims can and do appreciate.

One of the miracles mentioned in the Quran was when the Queen of Sheba was transported to the court of Sulaiman (A) within the blink of an eye. Although we’re not quite there yet, thanks to the wonder of airplanes, you can pray Fajr in London and Zuhr in Makkah on the same day.

The advent of air travel has brought about profound changes not just in the way we travel, but also in our diet, clothing, education and work. It has made the world a smaller, and in many ways, a better place.

In the not-so-distant past, there were many infections and diseases that were automatic death sentences for whoever got them. Thanks to the development of antibiotics, we’re able to take a few pills and get on with our day without skipping a beat.

The story of how antibiotics were developed and then mass-produced is one of the finest moments of the last 100 years. Even today, the many advances in modern medicine, as impressive as they are, still don’t compare to harnessing the power of a humble spore and the untold Millions who benefited from it. 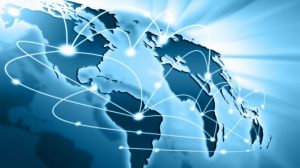 There are very few inventions that have completely altered the course of human history like the wheel or electricity. The internet is one of those inventions. The accumulated wisdom (and nonsense) of the world is literally at our fingertips.

Some might point out the massive amount of harm that the internet can do. Like all advances, the internet can be used for evil as well as good. What it is used for is more a reflection of the user than that of the medium. 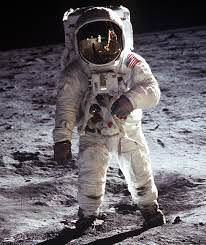 “That’s one small step for a man, one giant leap for mankind.” With those words, Neil Armstrong became the first man to step on the moon. Although the space race started off as a propaganda-military exercise, it has evolved and managed to give us some of the most breathtaking moments in the history of the human race. Muslim astronomers mapped the stars and were the masters of astronomy for centuries, but it was the West who built on this knowledge and actually went there. To open up the heavens to the reach of humanity and our minds to the wonders of space travel is an achievement that we should all be grateful for.

We like to say Islam is a religion of peace, when we should be saying that Islam is a religion of justice. It is the justice of Islam that appealed to the conquered nations in our golden years, not the force of arms. Yet, justice is a commodity that would be hard to find in the Muslim world at present. Bribery, corruption and nepotism are the norm. The routine injustice stifles creativity, it destroys self-worth and it leads to a warped attitude that is both shameful and degenerate. Then we come to the “immoral” West and we find that the rule of law exists. That we are all equal before it. We vote with our feet.

Of course, there are notable exceptions where the law has been broken or bent beyond all recognition by rich/ powerful people and corporations with access to the best lawyers. However, these are the exception and not the rule.

I know the West has much to be ashamed of and that these few points don’t make up for the holocaust, the Spanish Inquisition, Hiroshima and many more tragedies.

I also know that many of these things have their basis in extending the militaristic and colonial reach of the West.

I even know that much of the advances are built upon the foundations laid by others – not least of which were by the Muslim world.

But despite all the tragedies and shameful episodes, they have managed to do some amazing things to advance the cause of humanity. We should not allow the former obscure the latter. InshaAllah one day the Muslim world will be reunited upon Islam and able to contribute once more to human civilisation. Till then, the sunnah of Allah will remain true – He will not change the situation of a people till they change themselves.

Ravaging Floods – A Voice From the Kashmir Valley